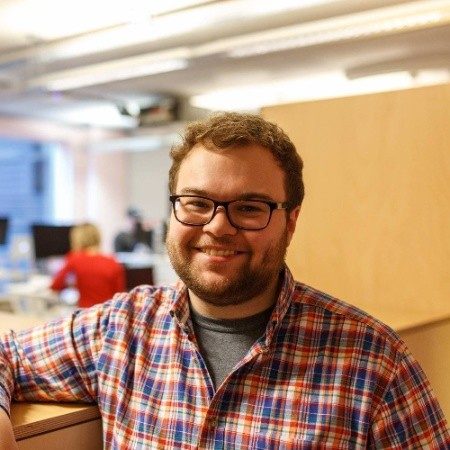 About the speaker
Christian Owens is the founder and CEO of Paddle, building the platform that software businesses use to run and grow. Prior to Paddle, Christian created his first software business from his bedroom at the age of 14. Having grown the business to over $1m in revenue he decided to quit school at 16 to focus on building startups.In 2016, Christian was named one of Forbes’ “30 under 30” and as a Thiel Fellow by the Thiel Foundation, which supports those who learn by doing rather than by following conventional paths like college.

Christian is the founder and CEO of Paddle which builds platforms for recurring billing operations and back office infrastructure for Saas companies. They see data in aggregate from thousands of Saas businesses around the world all at different stages in that growth, all targeting different customer segments. He speaks about the key insights that they've gained from both this aggregate set of data across these customers, but then also diving deep into some of the stories of some specific companies.

A little overview of some of the companies. Flixel seed funded and they built a platform for photographers to create these really interesting interactive photos called cinemagraphs. The second is a company called Pinegrow that bootstrapped the company and just passed that product Market fit stage and it now is starting to scale. Also, Framer built this incredible product and decided to spin it out of Facebook and build their own company around it. Finally, DueDil trying to build this incredible platform for accessing private company information.

There's like a one really important point, which is before you scale, you have to survive and the biggest thing that we see among all of this base of customers is - the most significant reason for these companies failing is

Accept. When it isn’t working. Iterate.

When you do one of these things that do start to work and you do start to hit Product-Market fit and you do understand these channels that help you scale. You've often gone on this journey to get there where you focused really wide, you focus really broadly, to really understand the areas and segments that you're actually able to sell in and typically this is a dilution of the original product (in the original Vision that you had)- it was we've built a product and now we're going to throw it everywhere and see which segments this really resonates with. So, it's really important once you actually figure out the one or two areas where it really is working.

When it does work, Iterate with focus.

Then get away from the noise and really focus on those things. Reduce the number of segments that you focus on and this was something that came up again and again of going too wide to quickly spread resources too thin. One of the companies - DueDil started the business, built this incredible product that people loved. But in the early days, they had these five blurry use cases for the product. They are 30,000 companies of different sizes and different scales and different stages and industries using the product and 8 different segments. And when you have 8 different segments, that's eight different groups of people that you're trying to build marketing messages or sales strategy to its eight different groups of people that you have to build and optimize the product for and when you're an early stage business FOCUS is the most important thing.

Reduce the number of segments you focus on.

How do you get to this point of being able to focus and knowing what to focus on ? The total addressable market for the product that you're building, isn't the same as the target market that you're building it for right now and understanding where you are and where the maturity of the product is? That your particular stage of growth is incredibly important and this was particularly true in the case of DueDil and what they did and what resonated among all of these companies was price experimentation.

There is absolutely always a good excuse not to experiment with pricing. It's always really uncomfortable. Especially if you're going in an upward Direction, but the thing that experimenting with pricing really does and really enables is this deep focus. The right segments are going to pay for your product. If you double or triple the price, the wrong segments are going to self select out of that process. 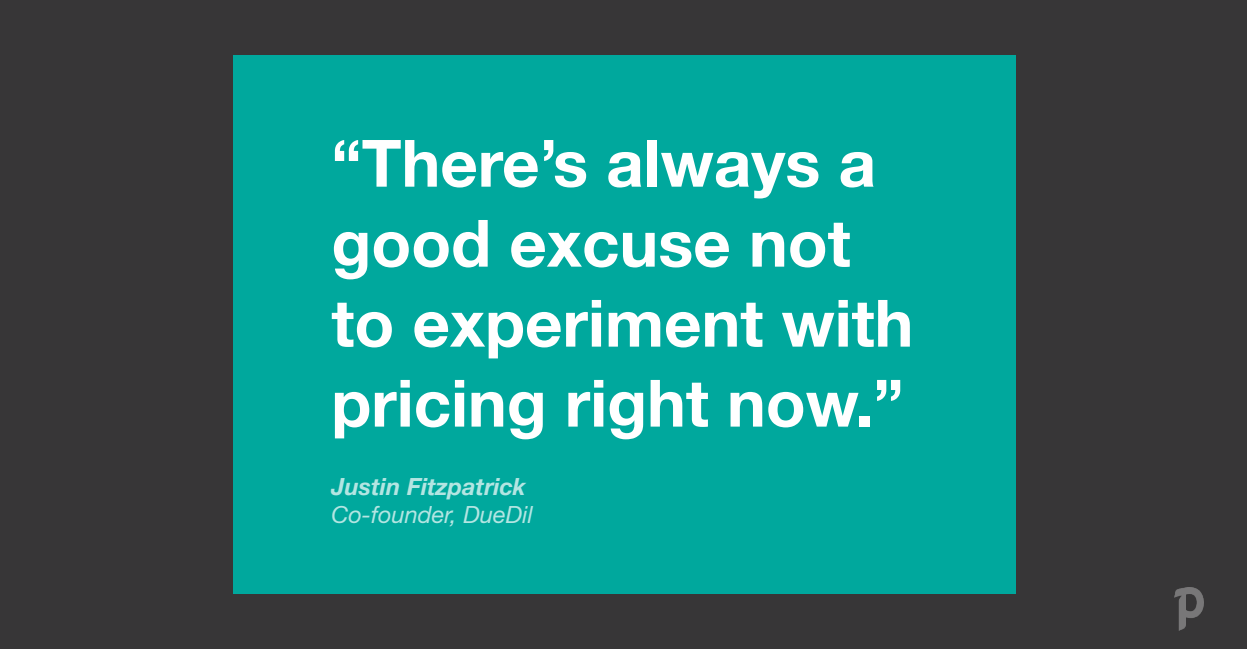 So, one really prominent example is Framer - they started their business as a desktop application that they were building, and they were releasing on the way that desktop applications used to be built. They would buy, they would launch an initial version. They would sell it for a one-time price - about a hundred and fifty bucks. The idea was then they would release the next major version you would pay another hundred and fifty bucks and you'd upgrade to that. That was great for them and they got all the money up front. It was really great for them to build an early Team without raising too much money, but then they real then there was this challenge that they went through which was - How do we align the value that we're creating in the product and how we're shipping the product to,how the customers actually pay for it. So, they very quickly moved to a monthly subscription model and became a SaaS business and that was the first pricing iteration. So, they went from being a hundred and fifty bucks one time to be 15 bucks a month and then 15 bucks a month sold to individuals then quickly became how do we solve two teams? And then how do we sell the teams very quickly became how we sell to Enterprises? How do we monetize additional features? How do we expand the breadth of our product and this went through four or five different pricing iterations over the period of a year and that's typically the behavior that we see from the fastest growing software companies that we work with?

Being constrained from a resource perspective breeds a lot of focus on the things that you can think about and work on. Obviously, this is one of the points that are so dependent on the path that you've taken from a fundraising perspective from attraction perspective, how long it takes you to get to that product Market fit. One of the bootstrap companies - Pinegrow has a formula that they are used where of all the money that they make- a third of it goes into growing the team, a third of it goes into growing a product and a third of them save for a rainy day.

In the case of some companies the approach taken has kept a very small team for as long as possible until you're told you are past that product Market fit stage until you are very confident in all of the different levels that we had in the business, both around the fit of the product in the market. Also, the ability to actually scale those channels that you are working on and been on is a significant hiring and scaling Journey. The only Catalyst for that beyond product Market fit was really getting a deep understanding of the numbers and a deep understanding of the things that needed to be true in order to continue to expand.

So, the focus needs to be a huge part of the culture, especially when you're going through this period of hyper-growth and scaling. It's very easy to focus on the marketing campaign and the sales strategy on different segments. It's very difficult to focus on culture. Focusing the culture is the hardest thing to try and scale throughout the journey. You could continue the idea of constant learning and iteration within the business. Through the process of getting to product Market fit you are learning about segments, in your learning about growth strategies, in your learning about what you should be building. Encourage that same behavior in the team as well and enable them to come on that Journey with you as a part of as opposed to feeling especially through this significant phase of growth like they're just along for the ride. 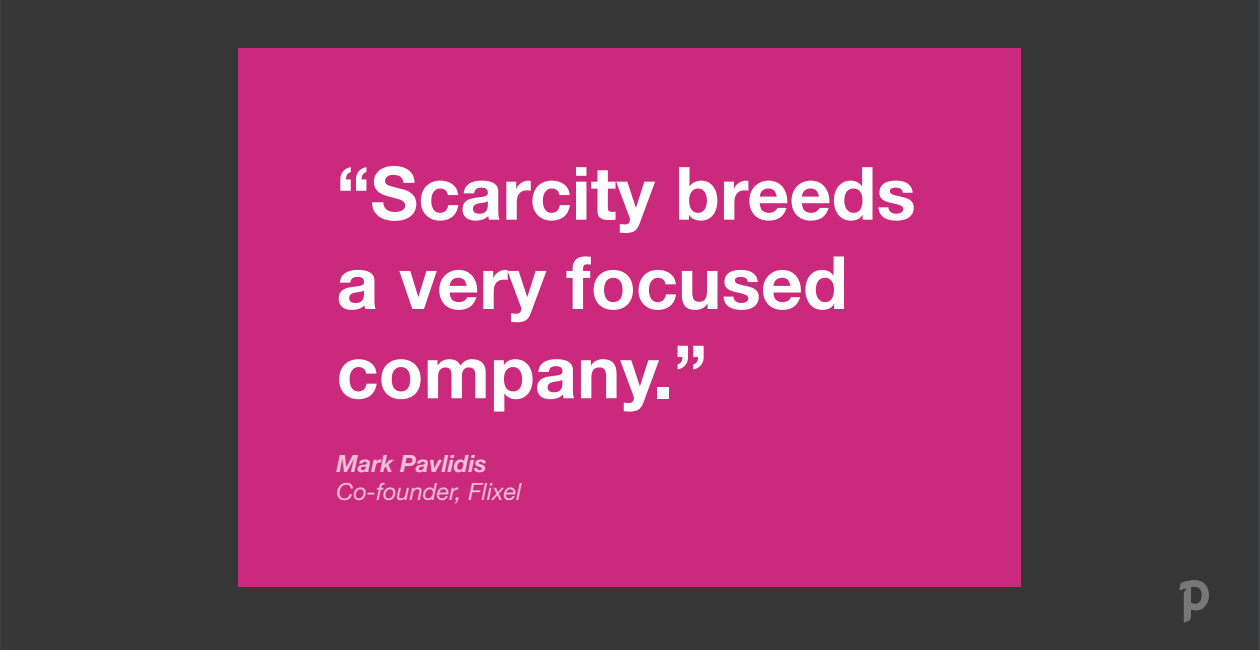 For some more interesting stories visit our website paddle.com.

About Paddle
Paddle offers software companies a single platform for the entire software sales process, helping them run and grow their business.Paddle believes that software companies succeed when they can focus on building awesome products that the world loves and scale their business, rather than wasting time on building and maintaining everything that's required to run and grow. The company has been recognized by Deloitte UK Fast 50 as the 6th fastest growing company in the UK, having grown their revenue by over 3,900% in the last 4 years. Paddle has received over $25m in funding from Notion, BGF Ventures and Kindred Capital.
Was this article helpful?
Thank you for your feedback! Our team will get back to you
How can we improve this article?
Your feedback
Comment
Comment (Optional)
Character limit : 500
Please enter your comment
Email (Optional)
Email