Reverse freemium: scaling from enterprise to pro to free

Reverse freemium: scaling from enterprise to pro to free 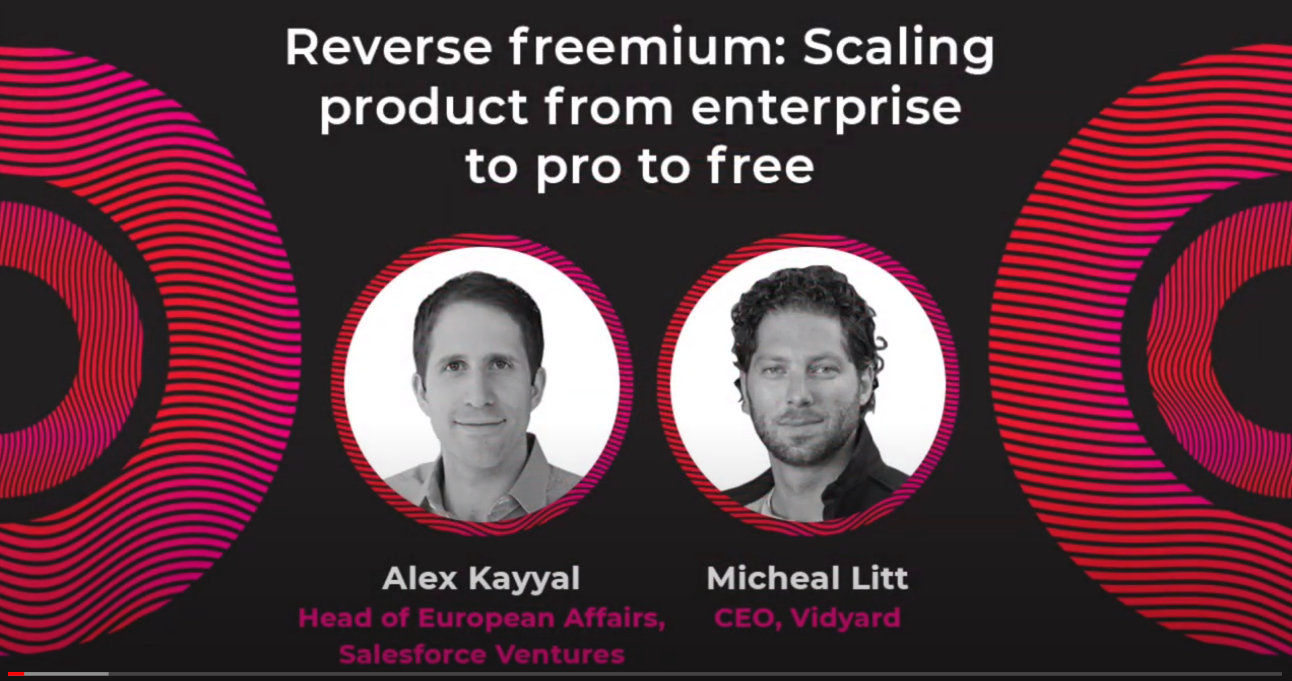 Mr. Kayyal opened the presentation by saying, “My name is Alex - based in London - a partner on the Salesforce ventures team. The name kind of gives us away; we are the strategic investment arm of Salesforce. I’m delighted to have Vidyard as one of our portfolio companies. Michael's in town to talk about this ‘small, insignificant’ topic of... your business model. [laughs] Probably the most important thing you can think of as a founder. Before we kick off, many people have probably heard about Vidyard, but for those that haven’t, I'm going to ask Michael to share a quick introduction of the company.”

Mr. Litt said, “When I was interning at a company called Cypress Semiconductor, we brought in a firm to create a bunch of videos to explain how to install a product, and it was designed to reduce support costs, et cetera. We realized we could make videos better than the company that came in. So, my Co-Founder, Devin, flew out to drive from San Francisco to Waterloo with me. It's a 4,200 kilometer drive. We ran out of stuff to talk about in 15 minutes, and the rest of the drive we decided that we were going to start this video business.

Every time we finished a video, the company would say, How do we put this on our website? So, we built a very simple video hosting product that was branded for the company. And then customers said, Okay.. who's watching our video? So, we provided analytics and they said, It'd be really awesome if this data sat inside of Salesforce. And so we built that integration.

[Then the customers asked]...Can we make the videos personalized for email campaigns? Can we add calls to action? Can we transcribe them? Can we use your product to make quick videos, webcam recordings, and screen recordings?

And so, we really just existed to solve this problem of helping companies use video, which is our mission. And the YC mentality - which was one of our early investors - is: Build something people want. And we've really held ourselves accountable to that from the very beginning of time.”

Mr. Kayyal replied, “You guys [were] ahead of the curve, in terms of the importance of video as a strategic asset! [But suddenly]... you're eight years in, and you wake up one morning and go... You know what? I'm going to blow up my business model, start over, and kind of just rehash my whole go-to-market.”

Mr. Litt responded, “I've realized being a founder means you're really good at starting things. Being a CEO means you're really good at scaling things. And that interplay - between being a founder and a CEO - happens all the time inside of an organization. So, when we're starting a new product, like the whole Chrome extension effort. That was me, and just a handful of people, that started that effort.

So what that did was force us into a free-motion. Traditionally we've been very enterprise focused, with top-down selling through the CMO and VP of sales.”

He changed gears, saying, “HubSpot is a great partner of ours. Brian Halligan went on stage in 2016 and said, You know, stop hiring content producers, start hiring video producers. But they didn't have a video product. So, we came to them with our APIs and said, Hey, you can build this amazing functionality inside of your platform. They called it HubSpot video. A year passed, 25,000 organizations signed up for it, and now it's now a multimillion dollar business line for us.

We started realizing that there was something here in this free-motion - that we were running as an experiment - that could impact the rest of our business. 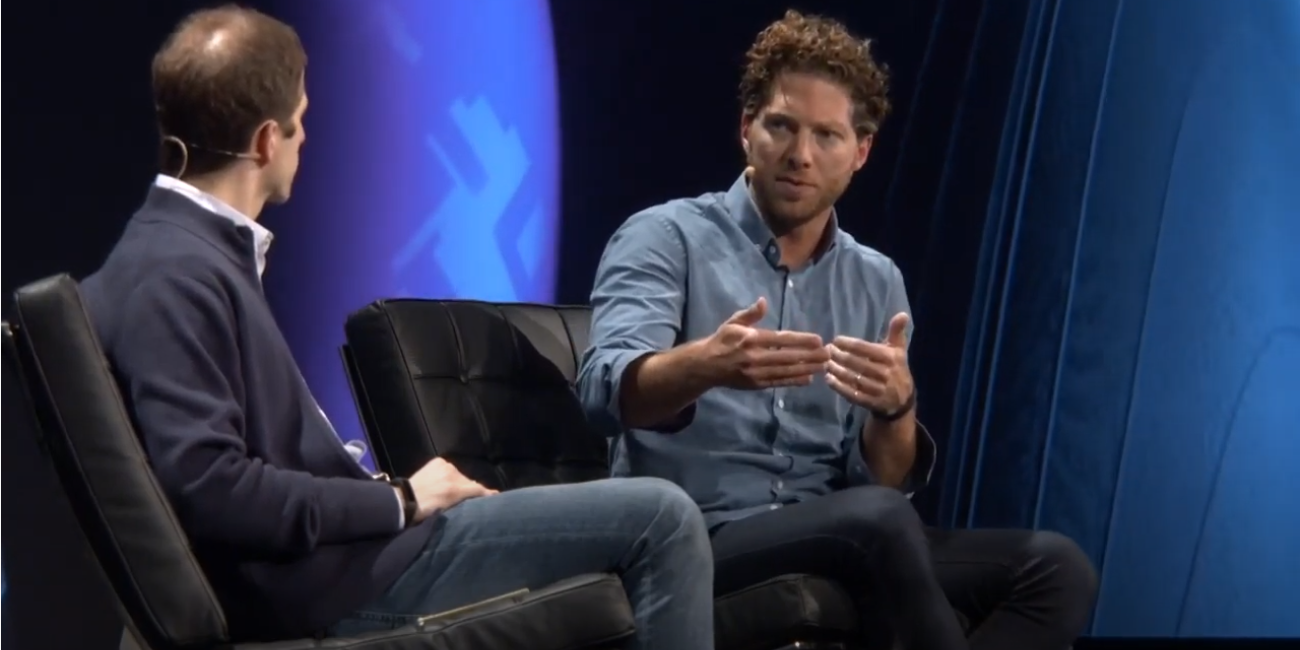 CMO really loves video... great customer case studies recorded by their video team. They want to send it out in an email campaign. Well, there's no video platform in the business. What are they going to do? They're going to find the thing that's easiest and that often was YouTube or Vimeo.

So, there were all these initiatives that were starting to draw us towards... Hey, can we decrease the time to value and decrease the friction in our business model to truly address these concerns with our entire product? That meant an entire refactor of our code base, for a variety of reasons, and a rethink of the things we prioritize because traditionally we've been all about leads, right? Getting someone to the webpage, filling in a form, raising their hand, saying, I want to talk to somebody at sales and then running a sales process. We're not doing that anymore. It's all about traffic and how we can convert those people into users.

The last thing I'll say - that kind of compounded this business change - goes back to Brian Halligan. He, a year ago, made this comparison between sales models and sales processes and looked at Salesforce and Atlassian. Salesforce is a very enterprise-focused; a sales process with people involved, requested demo... Atlassian is: use the product, get value out of it and then buy it on a per seat basis instead of urbanization.

Both those companies are doing million dollar plus deals. I mean Salesforce is making gigantic, hundred million dollar plus deals, right? So why is that happening? I think it goes back to all these other factors... of execution risk being related to time. And when there's so many companies in the landscape, people just want to use something fast that solves their problem.

Brian kind of indicated this to me in a room of 30 people - it was all VPs of Sales and CMOs - and he said, ‘How many of you have made a software purchasing decision in the last year?’ Nobody's hand went up. Then he said, ‘How about the previous five years?’ And, everybody's hand went up. And the difference we all realized in that room was that our team was bringing us technologies - that they were already using in the workplace, and getting value from - and asking for us to approve the budget to purchase.

So many signals indicated that it was time for us to change our business model, and we weren't too far along to do that. In a commoditized market, the best product will win.” 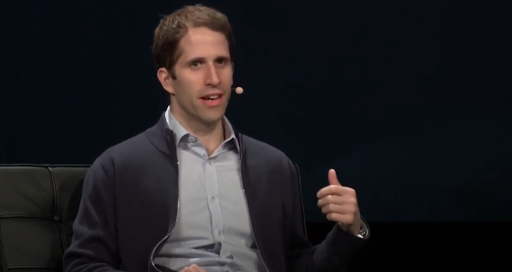 Mr. Kayyal responded, “Let's take a step back... from a team perspective. All of a sudden you walk in and announce this big change. That's not an easy thing to digest. Who took that well, who took that least well - on the team internally - and what was the biggest surprise there?”

Mr. Litt replied, “I started off by communicating why this change was important - using all the data points that I communicated prior - and they're like, Yeah, that makes sense. But nobody realized what was going to change in their world.

Marketing lives in this world of generating leads and generating pipelines, but in free-motion, marketing's role is to generate traffic that converts into users, right? It's not just about the marketing qualified lead or the sales qualified lead. Now it's also about the product qualified lead and so now there's accountability shared between marketing and product to get those users in the funnel and get them active so that we can potentially sell them some software downstream. Up until that point, marketing and product didn't really work together.

So, we had to transition the culture of our engineering team from being microservice and kind of vertically oriented to being horizontally focused on the customer's needs. We transitioned the product team to have: a product leader, a designer, a manager, and then the team of developers for our free tier, our pro tier, our business tier, and our enterprise tier. That change was absolutely massive. And, that was the first time we saw any formal attrition on the engineering team. We lost some people.

Transitioning that experience was about a year long process that forced us to refactor our code base into this one integrated solution with the goal of being the fastest way to create a video using your webcam or screen capture to get a video on your website or in your email campaign. And the bar was set by YouTube, in that particular instance. And so, it was a massive shift in culture.”

Mr. Kayyal changed gears, saying, “I want to talk a little bit about user growth; the whole mindset of what a good user base looks like. How you quantify what you're tracking must've fundamentally shifted.”

Mr. Litt responded, “Yeah, for sure. The very first thing we did is say, Okay, we want to be honest with ourselves around what an activated user is. A lot of companies assume that someone who signs up is an activated user and they start engineering processes around that signup. But, if the person signed up and never did anything with the product, it's kind of the wrong game to play. So, we said one area of focus is going to be getting people from signup into what we call an MAU - a monthly active user. We define a MAU as someone who has logged in, uploaded or created a video and had at least one view of that content. So they're sharing that video externally.

Getting people from that stage to an active user is the effort of the Free Team. Getting from an activated free user to a paid user is the process of the Pro Team. Getting from a pro user to a more complex enterprise user - using all this amazing technology we've built around SSO accessibility, personalization, call-to-action integration, you name it - is the effort of the Business and the Enterprise Team.

So, we've had to kind of redefine the thought process, which is why marketing works very closely with the Free and the Pro team. Sales works very closely with the Business and Enterprise team and there's this virtuous circle around customers giving us feedback. So, getting that MAU definition right from the beginning, I think has played out really well for us so far.”

Mr. Kayyal asked, “How did you guys actually drive an engagement; to not just have users, but really engage users?”

Mr. Litt replied, “To flip that question on his head, your product needs to be inherently usable. So, it's not about forcing people to use the product. It's about building the product that people want to use, right? Are we architected in a way to make the process of getting value out of it with as few clicks as possible, and as little time as possible? And, I think if you approach it from that perspective, it's not about driving product usage, it's about driving volume into the product because the usage and the value is inherently there.”

Salesforce Ventures—the company’s corporate investment group—invests in the next generation of enterprise technology that extends the power of the Salesforce Intelligent Customer Success Platform, helping companies connect with their customers in entirely new ways.
About Vidyard
Vidyard is a video platform for business that helps organizations drive more revenue through the use of online video. Going beyond video hosting and management, Vidyard helps businesses drive greater engagement in their video content, track the viewing activities of each individual viewer, and turn those views into action.