Our Best and Worst Marketing Experiments

Our Best and Worst Marketing Experiments 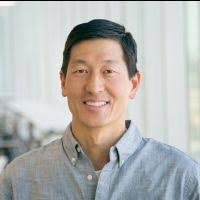 CEO and Co-founder at Lucidchart

About the Speaker
Karl Sun Prior to Lucidchart, Karl spent several years at Google in a variety of roles, including starting Google’s China office and leading business development for China, starting the company’s patent department and setting patent strategy, and leading Google’s investments in advanced wind and battery technologies.

Systems and processes are getting more and more complex; with more interrelated parts. To simplify projects, Lucidchart software helps you express your ideas visually. By combining diagramming, data visualization, and collaboration, the software accelerates understanding and drives innovation for businesses of any size.

Marketing and the Culture of Experimentation

Mr. Sun spoke about the importance of experimenting in business by saying, “A lot of the experiments, from the marketing side, have actually mirrored our evolution as a company. Two of our core values are: innovation and individual empowerment. For our employees to truly embody, and live those values, we have to give them room to fail.

Things that we did early on were tactical experiments. They were around driving traffic to the site, increasing registration, conversion rates, the payment flow, and things like that. And then the second part to talk about, is branding and the vision as we start to tell more of the story about who Lucidchart is as a company and as a product.”

About the growth team that Lucidchart started over 5 years ago, Mr. Sun said, “They were created as an experiment with a mandate to run experiments. We understood that success would not be immediate and instead it would come through lots of trial, error and iteration. It's especially hard to take risks and try things that may seem like bad ideas - and will probably fail - if you're doing it on borrowed time. What we've learned, ultimately, is that sometimes the bad ideas turn out to be the best ones.

When we started the growth team, our target was - if they can be successful - that would mean they would contribute like a million dollars in incremental revenue (ARR) over the course of that first year. It turns out they hit that within the first quarter. So, we figured out pretty quickly that this was something that could be a huge win for us.

Experiments come in all sorts of different shapes and flavors. I'd like to talk about some of the experiences that the growth team ran in three different categories. The first was our original payment page.”

About honing the payment process, Mr. Sun said, “Early on we really emphasized getting traffic; getting as many people to our website and then as many people to sign up and register for the product as possible.

Under the free trial, we [said] no credit card required. We wanted to reduce the friction that it would take to get people into the product. What we realized over time, however, was that while we certainly would get some people in, and they would pay us within that free trial period, the ones who didn't pay would become free users and we had a really hard time converting those.

So, we ran this experiment where we required a credit card on trials, but we did it in stages. First we only ran it with our basic and pro subscriptions, which are basically our lower risk individual subscriptions. And then when we saw that had some success, we then shifted over to the team's subscription level as well.

These changes, on the pricing page, ended up contributing about $500,000 of incremental revenue in just 12 months; which was a huge win for us back at the time. And, overall, it increased payments by 25%, which is obviously great.

This was a huge win, not only from a revenue perspective, but from a user experience perspective as well; because we could figure out which customers were really interested in our product and then we could tailor our efforts to serve them better.”

What Should Have Worked, But Didn’t

Mr. Sun addressed the topic of free subscriptions and why they didn’t work, saying, “I'll go back to the [old] pricing example [below]...

I mentioned that we started the company with this idea of just getting people in, so we had this big emphasis on free. And even where we talk about payment... the amount they would pay us was in a really small font. We were trying to deemphasize that. But, because they were anchored in free, it really decreased the conversions.

As you can see now we're emphasizing this idea that, Hey, this is a valuable product and you'll want to pay us for it [because] you'll get value out of it. Even the pricing [font] is much more prominent. We're not trying to hide the pricing, we're being very upfront with you. And instead of saying, start a free trial, we're now saying: try or buy. That's a actually meaningful difference, like just deemphasizing that idea of free.

Obviously we've lost some traffic, lost some registrations, but the quality of the people that we're getting has more than made up for it. So, this has been a really successful approach for us.”

What Failed Initially, But Ultimately Succeeded

About the image below, Mr. Sun said, “This is a shot of our original homepage, and we actually didn't like it, for all sorts of reasons, but every time we tried to change something on the page, things would break. The experiments we ran would fail, traffic would go down, registrations would go down. So every time we made a change, we'd hurry up and change it back. For example, the orange navigation bar, we didn't really like that color, but we tried to change it to blue and that failed.

You'll notice that on this page the messaging is very tactical. And in fact there's this term ‘flow chart maker’ that occurs multiple times. When we first hired our director of content marketing, she almost threw up over this because she hated flowchart makers. She's like, ‘Who wrote this page?’ But it turns out flowchart maker is actually a really important word for us in terms of driving traffic from an SEO perspective.

The team got pretty frustrated, because even though we hated the homepage, there was not a lot that we could do without jeopardizing major parts of the business. So we decided to get the marketing team together and we thought about how we could think about this, not as piecemeal experiments on different parts of the page, but more holistically.

And to do that, we realized we had to do three things. First, we had to de-risk this experiment, and we did that by moving the SEO value of this page to a separate page, so we wouldn't lose the traffic. And then once we did that, we could start to experiment and understand what different parts of the page contributed to the user experience. Then finally, once we did that, we could then test and iterate the messaging. So this is an example of our homepage today…”

About this topic, Mr Sun said, “For me, and for us, there were four…

The first is obviously encouraging trial and error. If you're experimenting, then you know that some, or maybe even most, things that you try are going to fail. But that's okay. And you know, we like to say 100% of our experiments are successful. That doesn't mean they actually move the business in the right direction, but if they failed from a results perspective, we learned a little bit about why things are working and why things weren't working.

The second one is, don't blindly trust the data or trust your gut for that matter. You know, my gut was telling me that [the] ‘credit card required’ thing we shouldn't do, but I was wrong about that. If we had trusted, just purely trusted the data on all of those homepage experiments, we would still be stuck with that really crappy homepage, as opposed to something that I think resonates more as we evolve as a company.

Third, try to fail fast and fail often, but learn along the way. With [one of our marketing experiments], maybe we should have anticipated that it was a bad idea; that [experiment] hurt because we put so much effort into that campaign and ultimately had to pull it within two days. So, that was a case where we didn't fail fast enough.

And then finally, good ideas can come from anyone. I think about James, our engineer who is into the internet memes, [who came up with an idea to use charts in Lucidchart’s product to help explain internet dog memes; which got 33 million views] and it was great to see him at the award ceremony when we got awarded for the marketing campaign and seeing him along with the creative team and the rest of the marketing team accepting that award because it really wouldn't have happened without him. And I think that's been true in our company. And as you build your companies, you think about that idea that great ideas for experiments can come from anywhere.”

Lucidchart is an essential visual productivity platform that helps anyone understand and share ideas, information, and processes with clarity through diagramming applications. Utilized in over 180 countries by more than 15 million users, including Google, GE, NBC Universal and Johnson & Johnson.

Was this article helpful?