How To Scale An Open Culture

How To Scale An Open Culture

Featuring Guest:
Jay Simon, President at Atlassian
Jay has more than 15 years of experience in the software industry. He began his career at Plumtree Software where he held a variety of senior marketing and sales roles. Significantly, Jay oversaw the company's expansion throughout Europe and Asia Pacific. When Plumtree was acquired by BEA Systems in 2005, Jay became vice president of marketing for BEA Systems, which was later acquired by Oracle in 2008.

Atlassian make tools like Jira and Trello that are used by thousands of teams worldwide. They’re serious about creating amazing products, practices, and open work to help unleash the potential of every team. From medicine and space travel, to disaster response and pizza deliveries, their products help teams, all over the planet, advance humanity through the power of software. 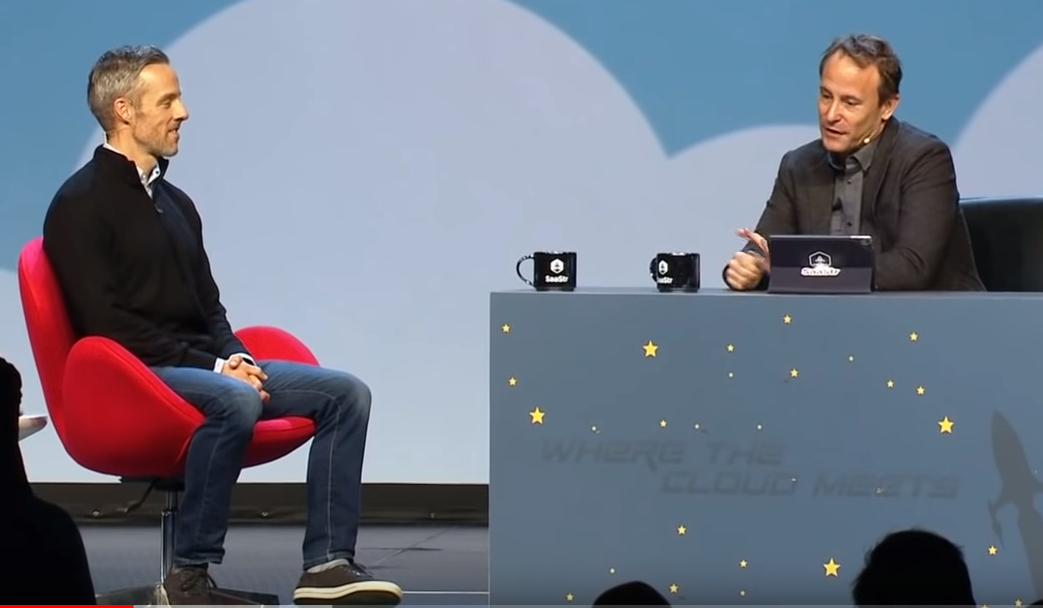 SaaS Growth on the Internet, in Cloud, in Business Software

Mr. Simon addressed SaaS growth by saying, “The nature of work is changing for a lot of companies. I think the kind of macro theme that drives a lot of Atlassian growth is… teams are basically the currency of productivity inside of companies. We tend to celebrate a single idea or a lone genius, but any great idea is only realized through the hard work of people that are trying to accomplish something together. Atlassian’s mission is to unleash the potential of every team. And so, I think we've focused on a ripening market. The nature of work is changing, people are looking for technologies and better ways to move forward faster. Companies need to operate like SaaS companies [to be] effective.”

The cause of adoption "gaps" is simple: each segment of the market is looking for something different when buying technology. The bigger the difference in motivation, the bigger the gap.

About this topic, Mr. Simon said, “If you take the roof off of buildings and look at the way people work it's still pretty antiquated. I think there's a lot of collaborative workflow that is trapped inside of email inboxes, that are kind of these atomic blobs of documents or spreadsheets that people attach to an email and fling to people. And that's just a broken way of working. I think as more and more people shift to dynamic, real time ways of managing projects and creating content and communicating. There's a huge ripening audience I think to move them from the past to the future.”

How Far Out Into the Future Should SaaS Companies Plan?

As per data collected by Smallbiztrends, startup failure rate is quite astonishing. Only 4% of small business startups could make it to their second year (2011 data). Investopedia also states that even though every month, over half a million new businesses spur, 50% of those shut down within less than five years. But… there is a solution.

The missing component to many of these startups, which may have otherwise been amazing companies, is a robust, growth plan. The plan needs to be strong and reliable and help scale businesses.

Mr. Simon addressed the issue, saying, “There are things that are in front of us that are two to three years out that we're trying to build an architecture for, [to] make investments, [and] to get a flywheel around a particular market or product. And then we are obsessed about execution over the next year. There are key strategies and objectives that we lay out for the company - that we need to make sure that we nail. There's a lot of energy and attention on making sure that we're measuring the right things and we're moving at the velocity that's going to set us up for the two, and three, and then eventually the 10 year goals.

We do an exercise every couple of years, [called] a painted picture. And the painted picture is kind of crowdsourcing within the company. The idea is you, if you close your eyes and you’re to open them 10 years into the future, what do you see? And you know, we try to think about things like how big would our customer base be or what kind of revenue or what would our product portfolio look like?”

The Next Phase of Collaboration in the Business World

Some of the antiquated organizational structures of the 1950s, that were rooted in ‘command and control,’ - where one group does one thing in isolation without a connection to the rest of the company - is a thing of the past.

As Mr. Simon said, “Because we started in Australia, we actually had to be open, to level the playing field for people to contribute to our ideas and work the things that were in progress because [our people] were everywhere around the globe.

All of our key projects are basically in systems that are accessible to everyone, not just where they can read and learn about them, but where they can challenge them and contribute to them. I think it’s a very different style of working, and there's significant change that comes from working in that style. You begin with a page that everybody can see and you have to sort of claw it back a little bit. But if you really lean into that vulnerability, some pretty awesome things can happen.”

He added, “I think two of the most important things for great cultures are empathy and trust. And openness is a force multiplier for shared understanding. When you think about the HipChat decision [to sell the codebase and related IP assets to Slack] ... We had 3000 Atlassian’s that all knew well in advance of disclosing that to the public. And you know, what's remarkable about that is, it didn't leak. Trust is a really important thing at Atlassian and it's earned and they recognize we're treating people with respect.

But the other important part is they had weeks to understand the ‘why.’ So, when we were communicating the ‘what,’ everybody was deeply connected around why we made that decision. Hey, we're all insiders and we make decisions that are going to impact all of us; [so] we're going to share them and we're gonna explain why.”

How to Establish an Openness to Ideas

When new companies are small - 20, 50 even a hundred employees - it’s easy for everyone to contribute ideas. And the best ones go to the top. But when you have thousands of employees how do you process, especially in an open culture, and unearth the best ideas?

Mr. Simon responded, “We build products that I think lean into a kind of open contribution and collaboration. A version of Jira, that we call Project Central, [is] where basically every key project is described. The key teams that are working on that, have a regular cadence of updating whether it's on track, off track, and what's happening. That is an open system that everybody can access. And so when you get to, Hey, this thing bugs me, I'm a user of this thing and I'm not necessarily working on this particular product, but what if... and they have a way to insert that into the flow. We have a culture that's receptive to that; that sort of insertion that says... that's not a bad idea and maybe we should prioritize that. And then, we'll do the things that you would expect; which is... study the crap out of it and analyze it, talk to customers, [to] make sure that you get validation that that's actually going to be something worth doing.”

Diversity and Inclusion in an Open Culture

Diversity and inclusion go hand-in-hand in the workplace. While diversity is about having a mix of people with differences and similarities, inclusion is about creating a fair and safe environment that supports and empowers that mix of people.

Mr. Simon spoke about the topic, saying, “If you believe that diversity is a strength, that the best ideas will come from the most diverse contribution in teams, then you would focus your DNI efforts at a team level, not just the company level. And I think one thing that's broken around the conversation is, it's easy to sort of project big numbers. We're like, hey, look at our percentage of X or our percentage of Y. So we've worked really hard to stay at the most atomic part of our organization, the team that has to work together every day on a particular thing; how diverse are they? And if they're not, that's something that we need to fix. So, we analyze, study, and share, diversity at the team level and not just the aggregate level.”

In closing Mr. Simon talked about actionable ways to create an open culture, saying, “If you don't have a system where you can have everyone contribute to what you're trying to express, then I think you need something like that. Invite challenge to that. Be vulnerable. Get over that hurdle of where you've resolved the challenges or you've agreed to disagree and commit to them. But you've got a plan. And I think the plan on the other side of that process, that open collaborative process is much stronger and I think people are more emotionally committed to helping achieve it.”