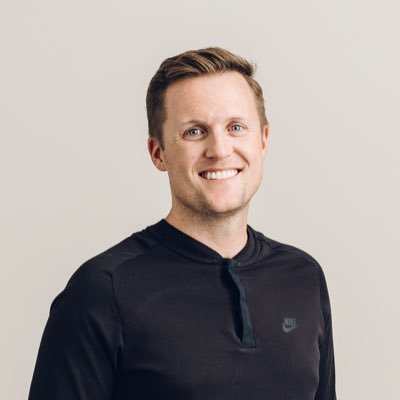 Cofounder and CEO at Podium
About Speaker
Eric Rea is the Chief Executive Officer and Co-Founder at Podium.

When some developers have an idea for a SaaS product, they’re basically speculating about what the market wants and pushing their own agenda. For savvy developers, the primary consideration is whether their product will solve a pain point.

For Mr. Rae, a pain point presented itself - close to home - and he was determined to solve it. The backstory? His father’s tire shop had plenty of happy customers, but only a handful of angry ones were leaving reviews. So Eric, together with his business partner, Dennis, built a product that made getting more reviews as easy as sending a text.

As they set out to solve the same problem for other local businesses, they realized that messaging with customers wasn’t just the better way to get reviews—it’s the better way to do business. Since then, they’ve built a multi-product platform that’s modernizing the way businesses function.

As Mr. Rae said during a SaaStr conference, “Dennis and I started the company because we saw a huge need for local businesses to get reviews online and nobody was doing it. We raised a little bit of seed money in 2014 and we realized that the next stage of Podium was that we were going to have to raise from VC’s. One major problem was we had no network.

Luckily in 2014 we got an email from a very prestigious Bay Area firm. This analyst said, ‘Hey guys, I'm going to be in Utah in two weeks visiting another company. I'd love to come by and hear about Podium.’ We're like, yes, this is our chance! We know all other VCs talk to each other, so we'll get on the radar and we'll eventually be able to raise a Series A.”

Unfortunately, it didn’t go well and the duo chalked the rejection up to the fact that they weren’t based in Silicon Valley. But that didn’t stop them. They ignored the nay-sayers, listened to their customers, and kept moving toward growing their company to 1M ARR. Little did they know, their company would grow a lot more than that!

About this phase, Mr. Rae said, “The only thing we cared about was product market fit. Starting out, we didn't really know what to do, but luckily we’d heard of Paul Graham and Y Combinator. So, we read all of their essays before we decided to invest $750 each into Podium. In that first year, the only things Dennis and I worried about were building something people wanted, trying to get it into as many businesses hands as possible, and having them pay us for it.

A typical day for us was, we'd wake up at 6:00 AM and we would work out and then at 8:00 AM we would get in the car and we would literally drive around Utah, walking into local businesses and selling them our product. So, everyday we were getting feedback and actually building that into our product. And product market fit is really important in the first year of your business for the obvious reason that if you don't get it, you will die.”

Regarding this phase, Mr. Rae said, “The whole theme of that year for us was building our credibility network. So, you need to build a network of other entrepreneurs and investors that can potentially give you money, and employees. The one way we thought of doing that in the early days was applying to Y Combinator. Luckily, we got an invitation to fly out to Mountain View California and interview in person for YC.”

They interviewed, and, “Right before we got on the plane to fly back to Utah, we got a phone call from Aaron Harris - who's a partner at YC - and he said, ‘Guys, we think you're going to figure out a lot during YC, but because of your product market fit, we want you to join the next batch. And that was a huge turning point for us in our company.

Three reasons YC was awesome for us was building our credibility: 1) we were able to tap into the YC network, 2) we got to listen to some of the most iconic founders at the most iconic tech companies, 3 ) we went from being a Utah company, to a YC company that was based in Utah. And that was huge for us with investors.”

About this phase, Mr. Rae said, “In 2017, we went from just over 10 million of ARR to 30 so it was a huge growth year from a revenue perspective for us, and a huge growth year from an employee headcount perspective. And so, we expanded our vision by about 10 X and then we realized that we needed to get some fuel in the tank to actually go after that.

We went out and raised a Series A; and because we had product market fit, and because we had a credibility network, we were able to do that. We raised this $32 million Series A - Excel led it - and they've been fantastic partners ever since.”

Regarding this phase, Mr. Rae said, “One thing I didn't tell you about the $1M to $10 stage is, once we got to about a million dollars of ARR, we started to see all of these copycats pop up all over the place. And I was just like, what is going on? And we got really obsessed with them and spent way too much time worrying about them. If I could go back to that year, the one thing I would do differently is I would completely forget about our competitors and focus on our vision.

Once we had fuel in the tank, we were able to just peel away from the competitors. What we found out in 2018 is that we had this huge vision, which was strategic, and all of these copycats... their vision was literally copying what we did; like, that is the worst vision you could actually come up with.

I hope everybody here understands that your competitors don't matter as much as you think. As long as you have product-market fit, a great network, fuel in the tank, and a big vision, that's what's really gonna fuel your business.”

Things are not slowing down at Podium. They've launched multiple products over the last year and a half and are continuing to grow very aggressively.

In closing, Mr. Rae said, “Four years ago it was me and my co-founder Dennis. Today we have 550 employees, $92 million of funding, and we feel that from Lehi, Utah - which 10 years ago was farmland - we have an opportunity to build a world-changing company.

If you're from Paris, France, or Bucharest, Romania or Turkey or Germany, or wherever you are, the one thing I want you to know is, if we feel like we can do it - and we are doing it - you can too.”

Was this article helpful?